People often comment on and ask questions about Isis. Her ears, in particular, attract interest. Over the last week alone, they have caused: a cyclist to dismount exclaiming, “I’ve never seen such beautiful ears!”; a lady to fold up in hysterics, spluttering, “It’s her ears”, and others to remark that they have “Never seen ears like that before!”

Sunday evening, though, is in a class of its own.

Most of the day there’s been a light  drizzle, but now it’s brightened up, the sun’s out and so are local families.

Isis and I leave the car park and walk towards the three bollards which divide car and pedestrian areas. Two little girls are sitting on their bikes, leaning against the bollards.

“Hello”, I say. But they are staring so intently at Isis that they don’t even reply.

Then they turn round and look at me intently. 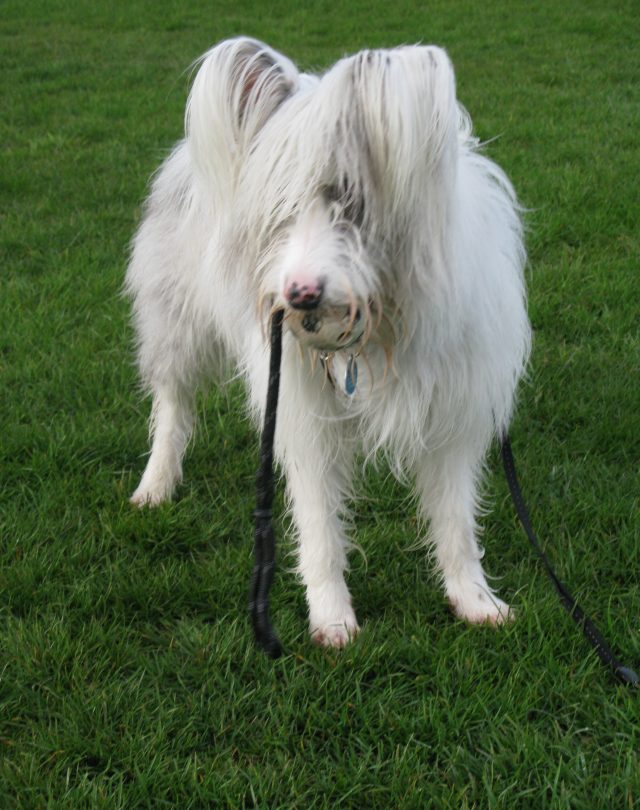 “Why has she got bunches?”, one of them enquires very seriously.

I explain that she doesn’t have bunches but very long, hairy ears. I lift an ear in demonstration.

The little girls don’t comment but continue to stare at The Ears. It is clear that they don’t believe a word I say.

This entry was posted in walking in the park and tagged deaf blind dog, Isis's ears. Bookmark the permalink.