Posted on August 28, 2016 by patinkingsheath

Since Connor’s death, Gr. has been without a dog. Once he felt able to walk in the park again, he shared the other walkers’ dogs. But there was still a huge Connor sized hole in his heart.

About ten days ago, Sa. scouring the internet, finds a rescue Pyranean. Aged just over eighteen months, Kasey has been returned to his breeder in Boston, Lincolnshire and needs a forever home.

Kasey’s collection day is Saturday, Isis’ anniversary. Flooding caused by thunderstorms in the area around Boston is so severe that it makes the national news headlines. But the intrepid travellers make it. When they are introduced to Kasey, he pees heartily down Sa.’s right boot. Then, when introductions and formalities have been dealt with, they are back on the road.

On Saturday night I e-mail Gr. to find out how Kasey is doing. Early this morning I receive his reply:

My eyes are still recovering from the journey – more appropriate for a submarine with continuous thunderstorms for most of the way. Kasey wasn’t bothered by the waves breaking over the car or the thunder.

He was naturally a little stressed in his new home and (of course) wouldn’t let me out of his sight. He did betray his breeding by choosing in front of the fridge door as the best place to lie down. He also settled on Connor’s favourite spot in the bay window to relax in front of the TV.

There was no crying overnight although the morning greeting was ecstatic.

Checklist failure number one – the rubbish bin was not Kasey proof. (Rectified).

Kitchen floor flooded overnight but we can sort that out – as long as he doesn’t ‘claim’ any dog walkers as he did with Sa. Kings Heath Park has now had every tree well and truly marked.

Thank you for the good wishes 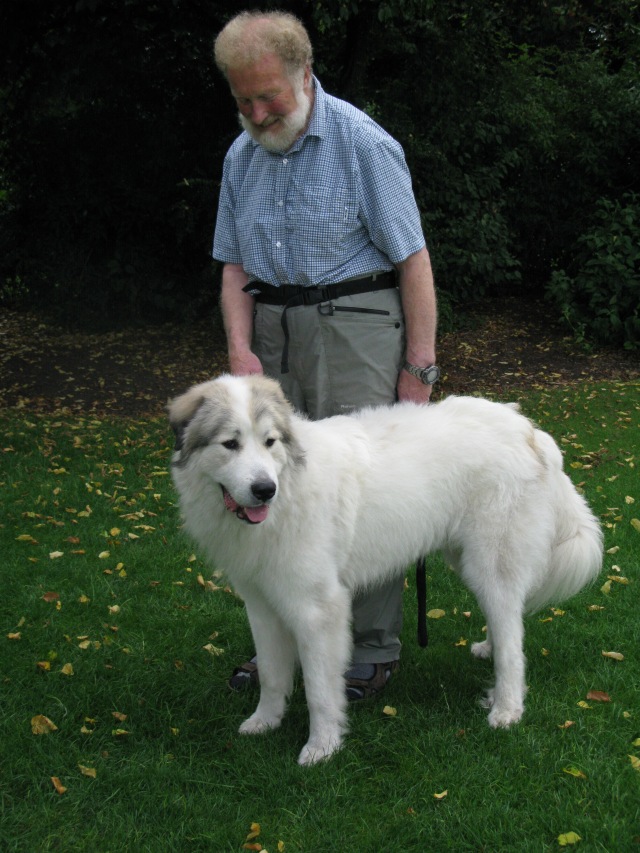 This entry was posted in walking in the park and tagged a new friend for Isis?. Bookmark the permalink.

6 Responses to rescue dogs and thunderstorms