in and out the pines

Posted on October 19, 2016 by patinkingsheath

In Highbury Park Isis still enjoys leaping around in the stubble of the cut grass, and she’s still drawn to the tall rosebay willow herbs which grow in the boggiest ground.

But now she has a new obsession. She’s had it for two or three weeks now and its allure doesn’t appear to be diminishing.

Highbury has a beautiful pinetum in which there are dozens of conifers and related trees, some of them very unusual. Isis is not overly impressed by this information, but she loves the towering avenue of huge pines, the lowest boughs of which touch the ground. 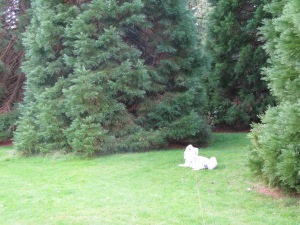 She rushes at them joyfully,

ducks under them, sniffing and snuffling, 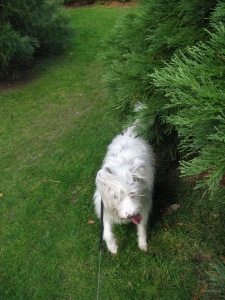 threads her way through them, leaps up and snatches brambles out of them 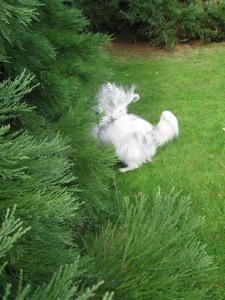 and runs madly round and round them. 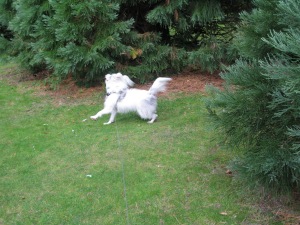 She is happy to spend all of her time in the park exploring a single tree, but, with encouragement, will reluctantly shift to the tree next door, often with her mouth full of  delicious, green pine needles.

In this way, it becomes possible to move through the park to the car before darkness falls.

If I took a sleeping bag and we set up camp beneath one of her favourite trees, I think she would be in heaven. 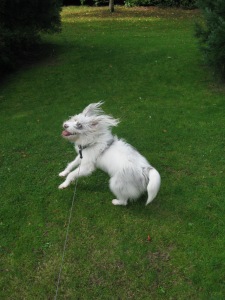