things are getting better

Posted on February 18, 2018 by patinkingsheath

It’s still the same week. Despite Isis venturing on the day bed and lying beside me on Monday evening, she refuses to repeat the performance. On Tuesday she returns to her futon and there she stays.

On Wednesday morning, Ja. struggles with the washing machine filter but can’t get it out. In the afternoon I notice that the pools of water from the filter have dried up, leaving behind a myriad of tiny fragments of tissues.

Now, anyone can leave the odd tissue in a pocket, but a boxful? Rather extreme. Even for me. No wonder the machine won’t drain.

I wonder if I put it on a programme which includes draining automatically, rather than one which requires you to switch to drain manually, the machine might work.

After two days I try this. The machine completes the programme and drains.

I’ll wait a while before I try the ‘manual drain’ programme again. I’ve had enough for this week.

The defunct microwave is part of a combination oven and will be expensive to replace. After indulging in a good sink, I decide to keep the cooker and grill part and just buy a new microwave, so that doesn’t seem so bad.

Now, over a week later, things are looking up.

The washing machine is still working. Adopted Niece collected a new microwave for me from Argos when she was in Birmingham last weekend. The replacement radio lead has arrived from Amazon. 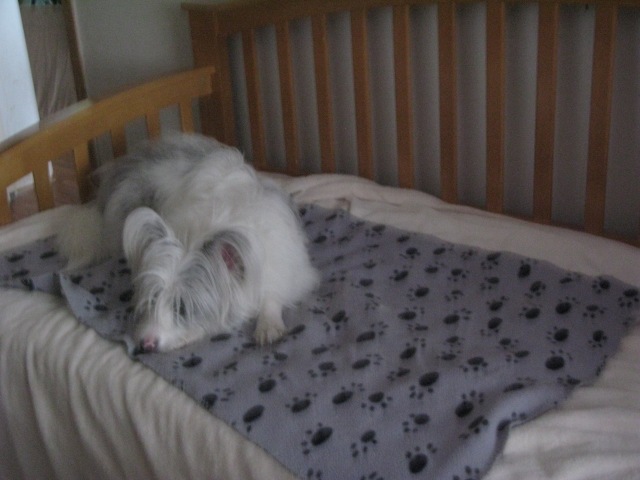 …………. little Isis has taken to the day bed as her default sleeping place.

This entry was posted in dear little Isis, Isis at home, sleeping arrangements and tagged Isis and the day bed. Bookmark the permalink.

4 Responses to things are getting better