bulletin from the ailing one

Posted on December 29, 2017 by patinkingsheath 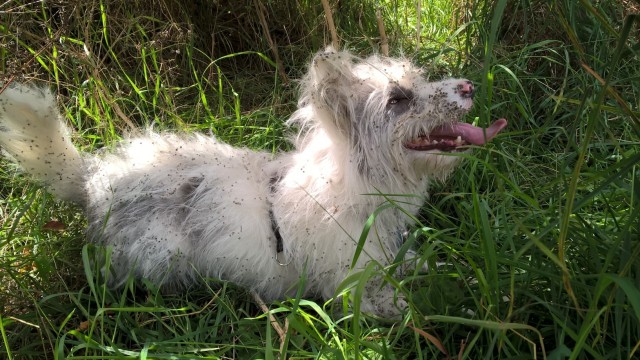 Reminder of happy Highbury days this summer – and hoping for more!

I have just found a new comment from A. There has been a long gap between today and my last post and A is worried about me. I’m very, very sorry that I’ve not let her or anyone else know what’s going on.

First of all, little Isis, who, after all, is the protagonist of this blog, is fine. She is very patient with very late get-ups, Human snoozing for hours on her futon, and some days without walks.

I didn’t relish writing about miserable me instead on the entertaining one, but here’s a resumé and update.

In early summer this year, I reaped the rewards of heaving around various very heavy items on several occasions: tendons in both shoulders require operations. Unfortunately, the gap between referral and treatment is long here. There is a serious shortage of radiologists, apparently. There is a six week gap between every stage of referral: GP referral – scan; scan – appointment with consultant; appointment with consultant and next scan, and so on.

Early in August, my right shoulder, first one diagnosed was extremely painful. I did everything I could with my left hand which promptly swelled up. I walked puling a case on wheels and found, next day that the hand was going down but my left foot was hugely distorted and swollen. The diagnosis was severe sprain.

Over several months, the pain and swelling in the foot diminished. What a relief. Oh-ho, back to normal, then except for shoulders and arms which meant that I couldn’t drive or take poor Isis for a walk.

Fortunately the Pet Angels stepped in. R now feels confident about letting Isis off to play around her favourite shrubbery in King Heath Park’s Colour Garden. She returns a very happy, tired dog.

Then, out of the blue, about four or five weeks weeks ago, other joints all over my body began to sprout painful swellings: ankles, knees, fingers, wrists, even, last week, one of the joints which attach skull to neck.

GP has tried me on two courses of steroids and you could almost watch the swelling go down, but, unfortunately, they returned just as quickly when the steroids stopped. I have strong pain killers, which enable me to move around, albeit with a shriek here and there.

Over the last months, I have become increasingly exhausted. I put this down to being b. miserable, but, apparently, I have anaemia. I don’t have an iron deficiency, but something is preventing the body from utilising the iron.

And, grumble, moan, sniff, I was offered an operation slot for the first shoulder this weekend. They did all the pre-op tests etc. but I was warned that the anaesthetist might well cancel the op. because of the other problems. And, indeed the operation was cancelled.

I have been referred to a rheumatologist as an urgent case. A fourth set of blood tests (I hate blood tests. If I accidentally see the equipment or drawn blood, or if the nurse comments, for example, “Oh, that’s a nice vein,” I become unconscious within seconds!)

What scares me most is that I might become incapable of supporting Polymath who has just moved into a nursing home nearby, and not able to care for Isis and Daisy.

But let’s not be pessimistic.

Today I was able to creep after Isis through the garden gate and sit on the plastic garden chair I’ve placed the other side, while Isis played her strange games in The Lane. And Thirty minutes later, my kind neighbours, M. and J. took her for a road walk.

When she returned she immediately made a nest on the futon instead of having a mad half hour. She’s still sleeping. Should be a quiet night.

Parkmates and neighbours, thank you so much for the help you’ve given and offered.

And thank you, dear A for your comment. I’ve hated not blogging, and am glad that your comment has kicked me out of hibernation.

This entry was posted in Uncategorized and tagged Hairy One's Human is ailing. Bookmark the permalink.

6 Responses to bulletin from the ailing one